A brand new Mixto system has been installed inside the San Mamès Stadium in Bilbao, home of the local football team Athletic Club.

The full installation was completed in 12 days, a complete makeover that brought the pitch to be officially inaugurated on August 28, during the match against Barcelona in the second round of La Liga.

The San Mamès nickname is “The Cathedral”: a simple word and a simple way to recognize the history of this venue and a legendary atmosphere that made this stadium located in the Basque Region one Spanish football’s landmark.
Both Mixto and Limonta Sport are particularly proud to provide the Athletic Club of Bilbao with the playing surface for the season 2016-2017.

With two weeks of break for national team official games, the Mixto system at the San Mames is going to be in full shape for its debut in Europa League, hosting Sassuolo in the middle of September. 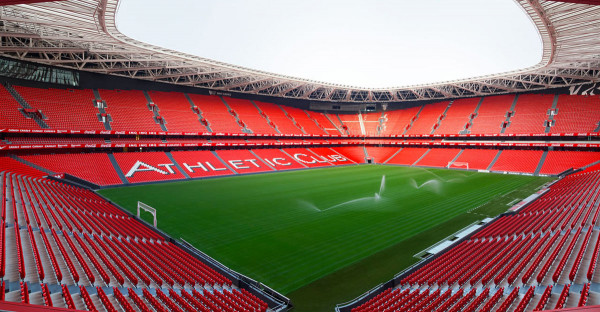